Tiong Bahru staples like Por Kee Eating House and Ting Heng Seafood Restaurant have had their status in the estate secured.

On Tuesday (July 24), the Urban Redevelopment Authority (URA) said it will rezone 28 residential units in the conserved estate into residential units with shops on the first storey. The change in use becomes official next month.

A URA spokesman said the rezoning exercise, which follows a two-year study of the area, balances the need to have “a good living environment for residents, and commercial uses to serve residents and visitors”.

He added that the change provides “transparency on where commercial uses can be allowed”.

The spokesman added that the rezoning formalises the shops’ presence, especially since many are operating in units that had been given permission to be used as business from as early as in the 1940s and “have become part of the estate’s fabric”.

At the same time, it ensures that “commercial uses do not sprout out indiscriminately across the residential estate.” 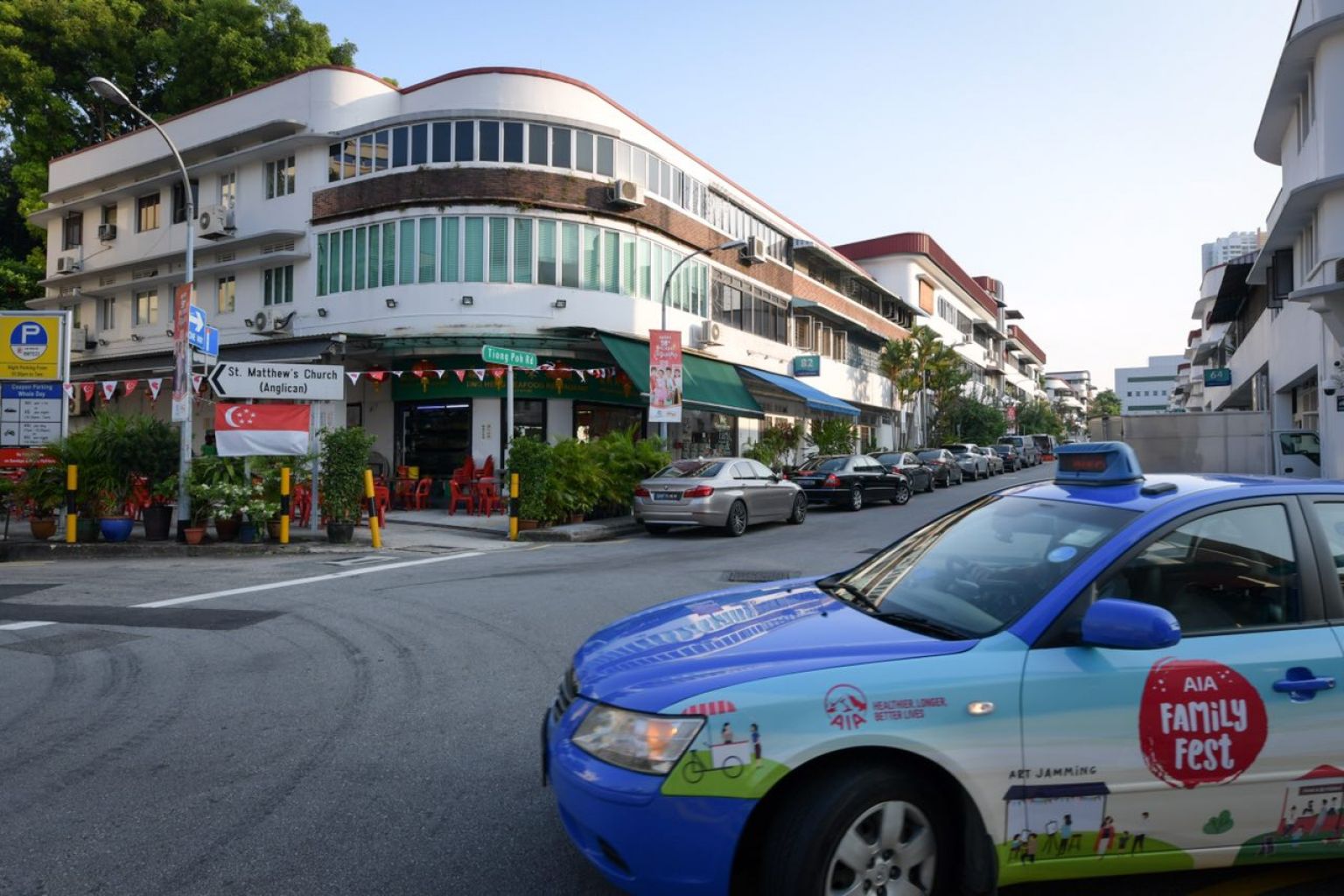 Por Kee Eating House and Ting Heng Seafood Restaurant (pictured). The two eateries were formerly residential units that had been granted permission to be used for commercial purposes, but have now been rezoned for commercial use. Por Kee Eating House (pictured) and Ting Heng Seafood Restaurant. The two eateries were formerly residential units that had been granted permission to be used for commercial purposes, but have now been rezoned for commercial use.

During the study, some residents were concerned that “a proliferation of unregulated commercial uses would erode the residential character and amenity of the estate”, the spokesman added.

Financial services trainer Daniel Wong, 50, who has lived in the estate all his life, welcomed the moves.

“The businesses that have been rezoned are already part of this area, they give life to the estate. As for more new businesses, I have no real issue as long as they aren’t doing heavy cooking or massages.”

The URA is also working with about 15 businesses – including yoga studios, art galleries and offices – operating in units meant only for residential use to address the infringements “within a reasonable timeframe”.

Some of them have been given letters informing them of their possible infringements.

As part of the guidelines for the Home Office and Small Business schemes, owners, tenants or occupiers can run businesses in residential spaces as long as they live there, among other things.

When The Straits Times went down to Tiong Bahru on Tuesday, it was clear some of these affected units did not have anyone living in them.

A 67-year-old shopkeeper, who asked not to be identified, said he would not be able to afford a commercial unit of the same size elsewhere, but felt it was also “too bureaucratic” of the authorities to insist that someone live in the unit.

Another business owner, who owns and lives in his unit and asked not to be identified, said he needed to check with the URA to see how he might have violated the guidelines.

“My neighbours are known to be very outspoken, and I have never received any complaints for the last seven years because there has been no noise or crowds. In fact some of them were very surprised to find out I was running a business here,” he said.