If this is home, truly, it should look like home

If this is home, truly, it should look like home.

Architectural heritage is a public good. Structures like Pearl Bank Apartments hold an intangible value beyond that of redevelopment.

Looking out at the skyline to anchor ourselves in this perfectly functional but completely generic city we call home in the near future, what might Singaporeans see?

But while these structures were built to make us look good, were any of them built for us in any real sense of the word?

They may play host to tourists, performers, celebrities and oil-sheikh millionaires, but they do not serve the uncle who slicks what's left of his hair back with Brylcreem at 2.30pm before staking out the corner table at the kopitiam downstairs, where he knows he will run into the hairdressing-salon auntie taking a late lunch break - living communities with familiar routines that cannot be replicated.

Money can buy the gloss of an international architect's grandiloquent design for Singapore, Dubai, Shenzhen or Seoul alike, for branding purposes played out on a world stage, but money can't buy a heterogeneous urban fabric and the patina of lived-in memory. 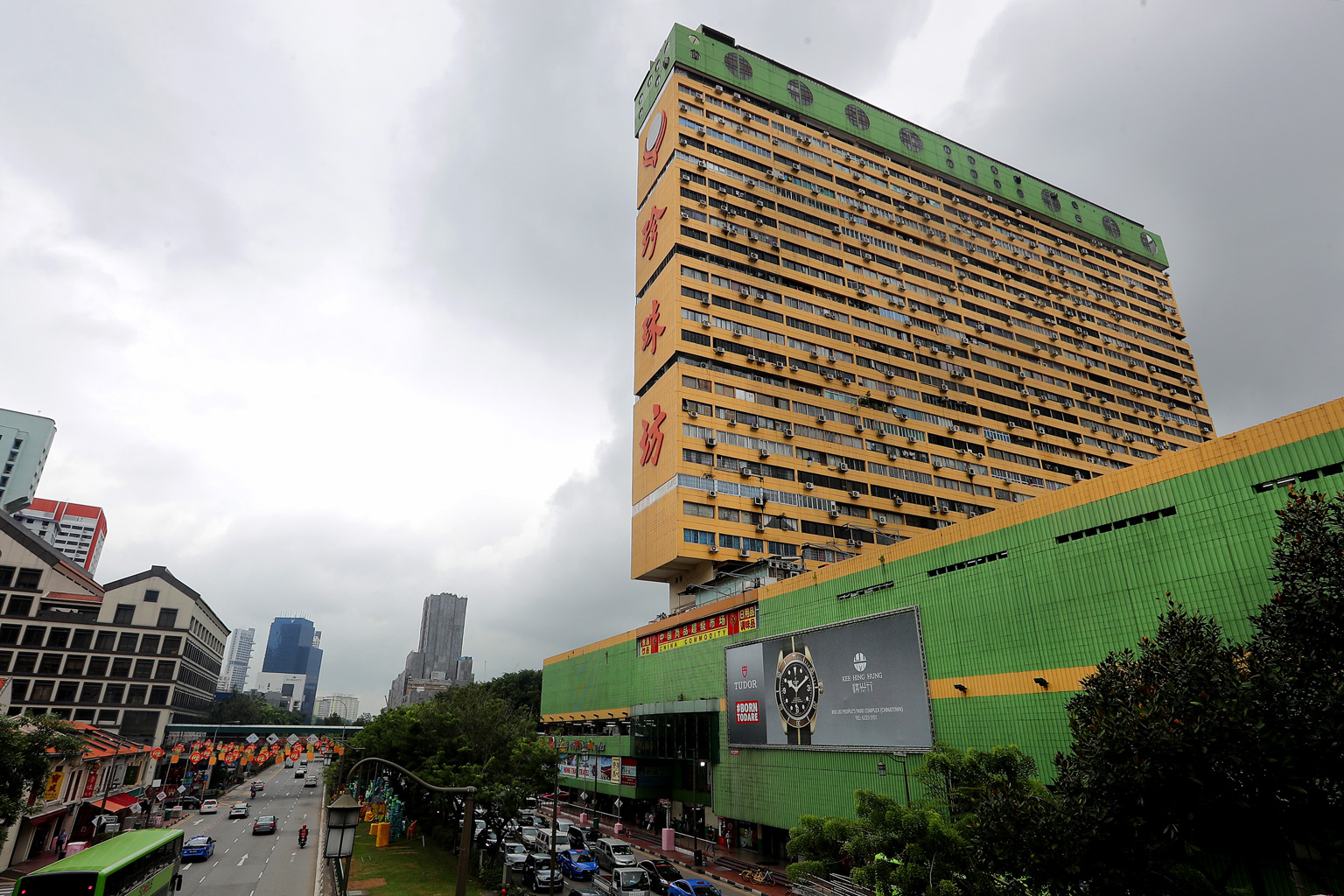 People's Park Complex (above), Golden Mile Tower and Pearl Bank Apartments are among the ambitious postindependence developments that are uniquely Singaporean and exemplify the can-do spirit of the headiest of the country's nation-building times. PHOTOS: ST FILE, LIM YAOHUI

"But we theorised," Japanese star architect Fumihiko Maki said upon first visiting People's Park Complex in the 1970s, "and you people are getting it built!" 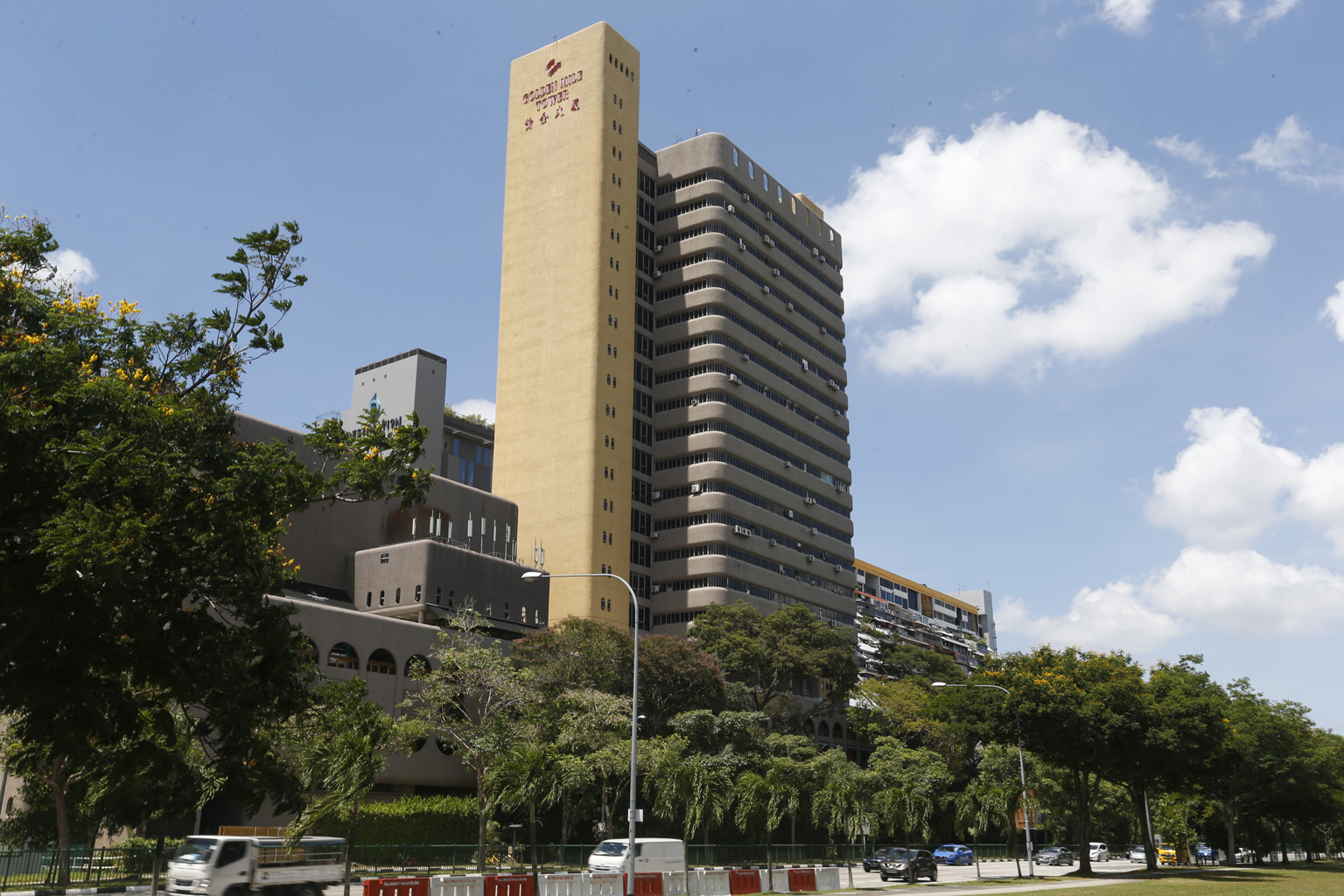 People's Park Complex, Golden Mile Tower (above) and Pearl Bank Apartments are among the ambitious postindependence developments that are uniquely Singaporean and exemplify the can-do spirit of the headiest of the country's nation-building times. PHOTOS: ST FILE, LIM YAOHUI

These days, most large-scale buildings in Singapore are designed to be space-maximising, environmentally friendly, visually stunning or cost-saving. While these are important practical considerations, they result in buildings driven by metrics, rather than ideas. 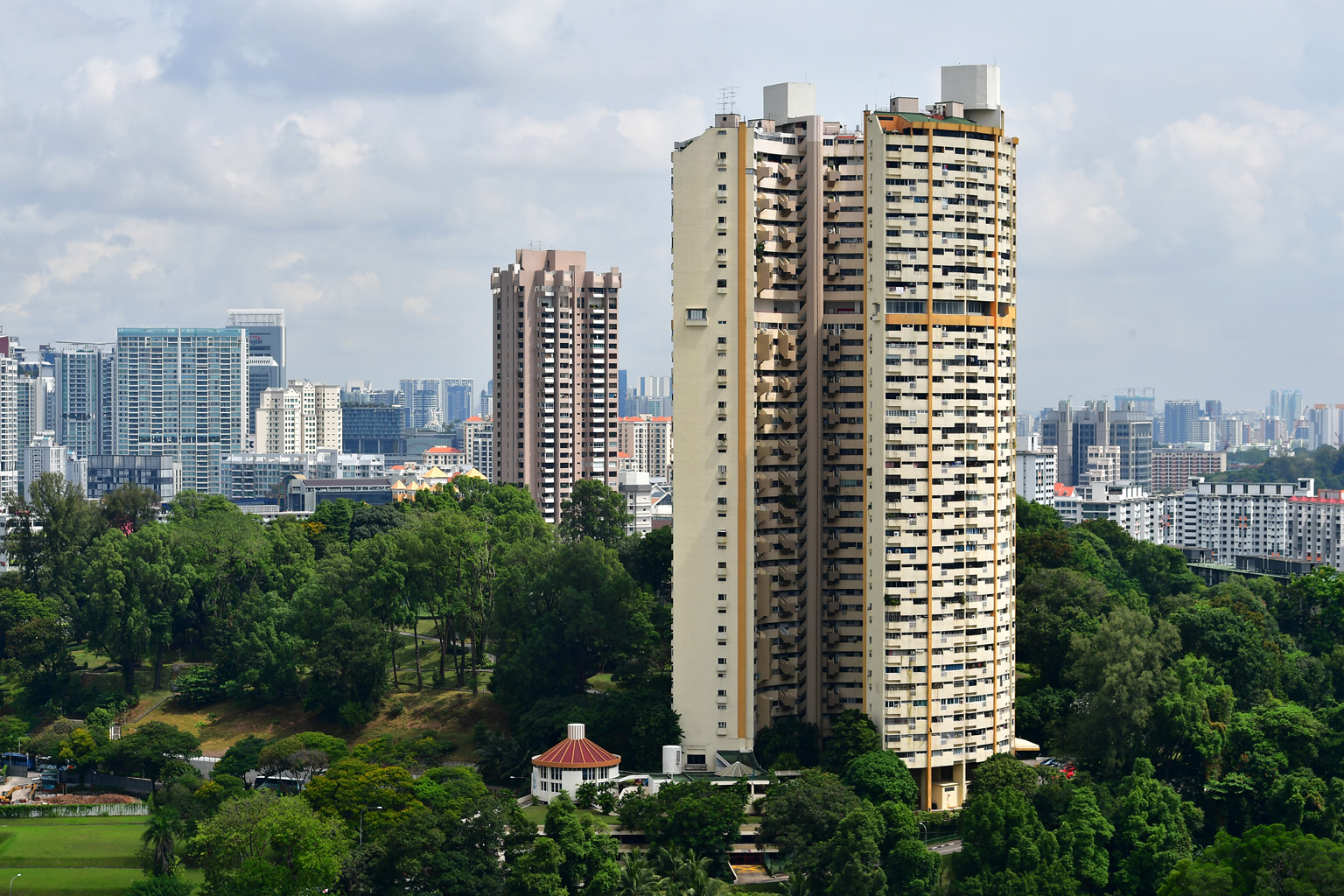 People's Park Complex, Golden Mile Tower and Pearl Bank Apartments (above) are among the ambitious postindependence developments that are uniquely Singaporean and exemplify the can-do spirit of the headiest of the country's nation-building times. PHOTOS: ST FILE, LIM YAOHUI

Whatever our personal opinion on their aesthetics, the Big Four are a bold amalgam of western and eastern architectural theories, successfully reimagined for a local context.

Uniquely Singaporean, they exemplify the can-do spirit of the headiest of our nation-building times, and are a part of our intangible cultural heritage - a public good.

Right now, we risk losing our vernacular post-independence architecture in one fell swoop.

Should nothing be done, the collective sales of the Big Four will all eventually go through, for exorbitant sums to private developers.

I concede: In an unfettered free market, private interest is king.

I concede: There is nothing that we can do as concerned citizens, weak agents, disparate voices.

Architectural experts, social historians, heritage enthusiasts and practising architects have spoken up on this. Will the state not step up to do more for our architectural heritage?

We cannot leave this up to chance - freak collective sale voting or benevolent developers - for the free market is never incentivised to defend a public good, and it is the role of centralised entities like governments to mitigate laissez-faire shortcomings.

PRESERVATION OF SITES AND MONUMENTS' ROLE

Although there is a conservation department within the Urban Redevelopment Authority, their key operating noun is "Redevelopment", so let us turn to the National Heritage Board (NHB), a statutory board of the Ministry of Culture, Community and Youth (MCCY) identifying itself as the "custodian of Singapore's heritage".

Under NHB's aegis is the Preservation of Sites and Monuments (PSM) division, "the national authority that advises on and provides for the preservation of nationally significant sites and monuments in Singapore".

Built in 1974 - a year after People's Park and Golden Mile Complex - Jurong Town Hall was declared a national monument by the PSM in 2015.

Ms Jean Wee, PSM's director, had this to say on that occasion: "Jurong Town Hall was built in the first decade of nation-building in Singapore, specifically, when we were in our nascent years of industrialisation. This landmark was the work of a pioneering team of local architects.

"We have made a conscious move to fill the gaps in our architectural heritage timelines - going beyond colonial structures, and including landmarks that reflect our own historic landscape.

"After 50 years, what helps define us is our heritage and our attitude towards wanting to discover it and preserve it."

These heartfelt words are deeply germane to the endangered Big Four. What is PSM's take on them?

If PSM judged Jurong Town Hall to be "of historic, cultural, traditional, archaeological, architectural, artistic or symbolic significance and national importance", what is the counter-evaluation and due process that People's Park Complex, Golden Mile Complex and Tower and Pearl Bank Apartments have not cleared?

Alternatively, why have they not been considered?

If it is a categorical/bureaucratic stipulation, might the definition of "monument" need to be widened?

Might it be necessary for NHB/PSM to commission an independent evaluating body they can consult with on their findings and guidelines?

After all, PSM is the self-same authority which stated in 1999 that the iconic red-brick National Library did not have "enough merit" to be protected as a national monument.

The library was then torn down to make way for a tunnel, alongside Stamford Road's realignment.

Even if - and especially - when a meritorious structure might be particularly challenging to conserve, it is essential for PSM to push for its gazetting.

PSM cannot only elect to conserve buildings which are already predisposed towards accepting heritage status without executive hiccups: state-owned structures (such as Jurong Town Hall), structures that do not sit on land earmarked for redevelopment by another statutory board, and/or structures privately owned by a single entity, which need not implicate as many arduous layers of stakeholders, as in strata-titled buildings like the Big Four.

Indeed, an effective resolution for the latter can only be initiated, brokered and achieved by a committed statutory board, in close collaboration with other governmental multi-entities, exploring mechanisms like tax rebates, discounts in development charges, or maintenance subsidies that alleviate market loss incurred by private developers and/or owners who accede to conservation as potentially designated - and supported - by the state.

"We hope not only to continue pursuing (PSM's) ambit more conscientiously," said PSM's board chairman Tham Tuck Cheong, in a press release when PSM -previously its own (smaller) statutory board - first merged with NHB, "but in a way that is progressive and proactive".

How has merging with NHB (best known for its cultural work with museums and exhibitions) changed PSM's remit?

Does its scope, budget (PSM's Monuments Fund - subsidising maintenance of gazetted structures - is a good start, but last year, its budget was a modest $2.2 million, whereas annual maintenance work on Pearl Bank Apartments alone was in excess of $1 million), manpower or structure have to be adjusted?

What can MCCY do to further empower PSM's ambit, for it to contend with the complex challenges of its stated mission even more holistically, in a time of brisk redevelopment?

Once, in a dream, I sat under the magnificent cantilevered roof of the National Theatre.

Did you know that the five points of its diamond-shaped facade were meant to represent the five stars on our flag? That the semi-circular outdoor fountain was the crescent moon?

Designed by local architects to commemorate our self-governance in 1959, more than a third of its construction costs was raised by ordinary Singaporeans chipping in.

Opened in 1963, it was demolished in 1986 because defects were found in its roof, and to make way for part of the Central Expressway.

Years after its demolition, NHB/PSM marked the area a "Heritage Site", for "signifying a spirit of self-help and nationhood in the early days of nation-building".

They erected two "Heritage Markers" paying homage to the National Theatre, one with a glowing write-up, the other a pictographical representation.

"We want everyone to know that the walls of each monument resound with pages of our history and the people behind them," PSM's Ms Wee said.

Indeed, a sense of belonging is deeply rooted in place - simultaneously concrete and intangible.

With the unabating changes in Singapore's physical landscape and social dynamics, much is at stake.

The ball is in the Government's court.

And if the point guard chooses to pass, let us not, in 50 years, undertake a "Memory Project" memorialising the Big Four, turned to dust on our watch.

Let us not wax lyrical about the best pad thai we ever had at Golden Mile Complex.

Let us not commission a documentary on People's Park Complex, behemoth of South-east Asian Brutalist architecture.

Let us not track down the founders of The Projector, the beloved independent cinema at Golden Mile Tower, to pick their brains on seeding creative diversity in fringe locales.

Let us not fund the production of hipster badges featuring illustrations of the legendary horseshoe-shaped Pearl Bank Apartments.

Let us not be bystanders to the destruction of things we hold dear - things that make us us - while there is still time to take action, and then some years down the road, when it is well and truly futile, initiate twee endeavours to revel in skin-deep nostalgia about those losses.

Before we are asked to have an identity, to reflect on ties that bind, to take pride, to procreate, to pledge, let us have something to come home to that is ours.

If this is home, truly, it should look like home.