Property market in the grip of economic gloom

Property market in the grip of economic gloom. 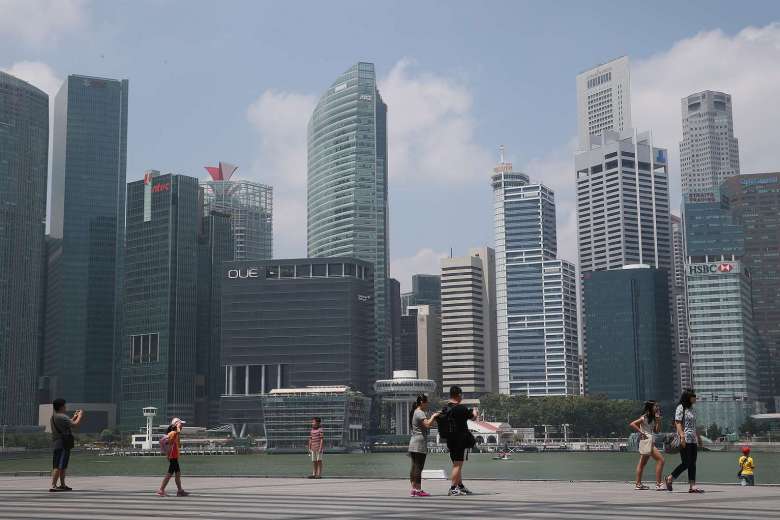 No matter where you look - from office and mall vacancies to private home prices and rents - the property market took a hit in the third quarter as the economic gloom tightened its grip. There were generally no large price drops or surges in vacancies, but the negative bent to the numbers underscored trends that have been evident for many months.

Worries over a weaker economy, news of job cuts and fears of a coming recession seem to have an adverse impact on the property market.

The most pain was seen in the private residential sector, where overall prices slid 1.5 per cent from the second quarter, while rents fell 1.2 per cent, according to Urban Redevelopment Authority (URA) data yesterday. The decline was more pronounced than the falls from the first to the second quarter. Then, prices dipped 0.4 per cent and rents declined 0.6 per cent.

Private home prices fell for the 12th straight quarter in the July-to- September period, and were 10.8 per cent lower than the peak in the third quarter of 2013.

"Should the negative sentiment persist, we could be looking at a 3 to 4 per cent price decrease for the entire 2016," said ERA Realty Network key executive officer Eugene Lim, who noted that overall private home prices have fallen by 2.6 per cent so far this year. 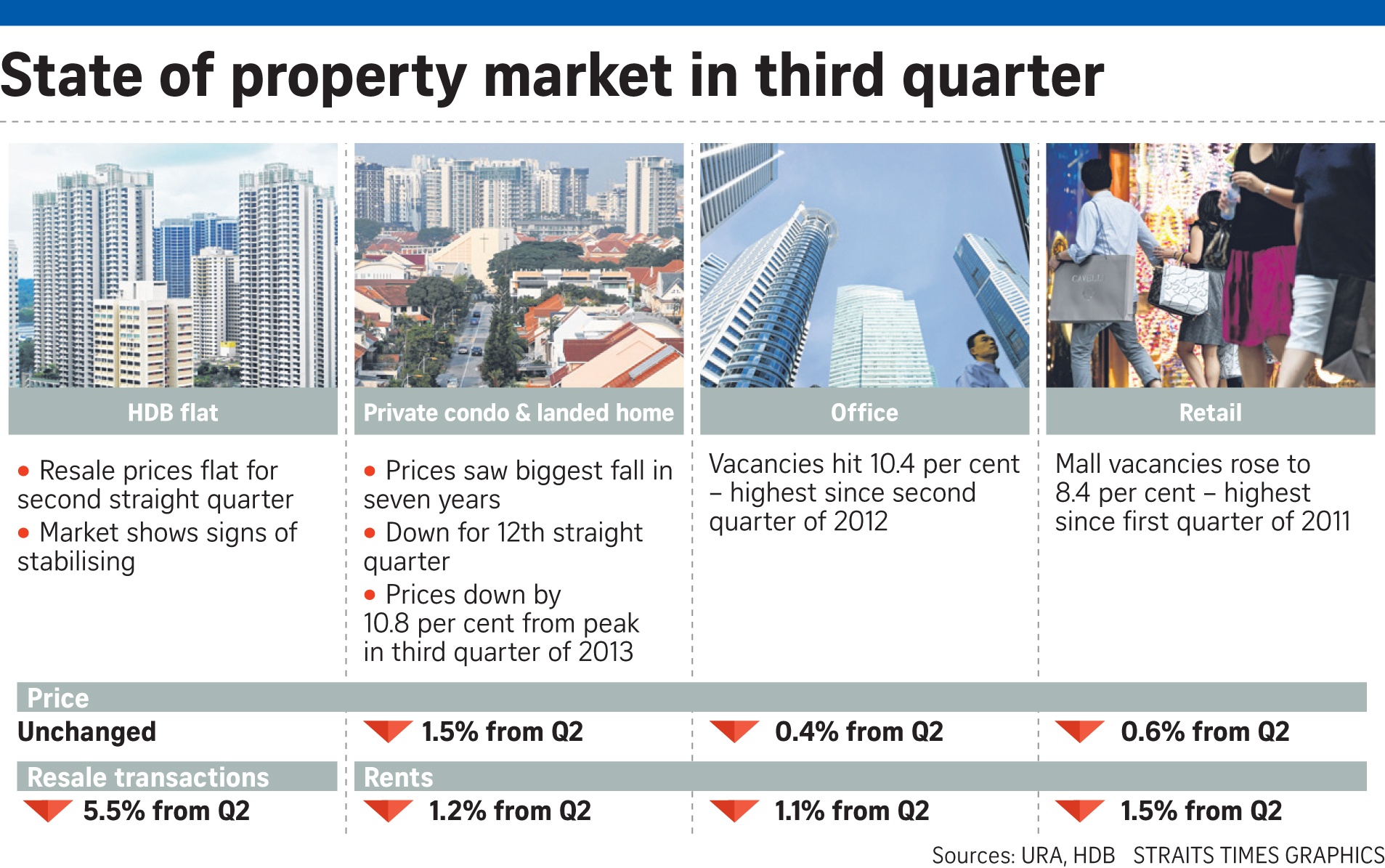 Landed property led the price decline in the third quarter, with values down 2.7 per cent from the second. Non-landed home prices dropped 1.2 per cent.

Prices of non-landed luxury apartments in the core central region fell the sharpest, down 1.9 per cent after rising marginally in the first and second quarters.

That was followed by the city fringe and the suburbs, where prices fell by 1 per cent in the third quarter.

Analysts noted that the price declines could be partly due to a change in how the URA's property price index was computed.

Market watchers said the resale market did better than the new sales segment in the third quarter as developers launched fewer units.

There were 1,981 new homes sold, down 12 per cent from the second quarter, while resale transactions rose 15.7 per cent to 2,477 units in the third quarter.

Meanwhile, rents of private homes continued to fall, despite a 0.2 percentage point improvement in the vacancy rate to 8.7 per cent from the second to third quarter.

It is a tenant's market and it now takes three months or more to close rental deals on average, up from about one month.

Analysts said there are signs that the HDB resale market is "stabilising". Resale transactions for public housing fell from 5,838 in the second quarter to 5,514 in the third, a decline of 5.5 per cent, the Housing Board said yesterday.