Site where iconic Queenstown cinema once stood sold for S$78m

Site where iconic Queenstown cinema once stood sold for S$78m. 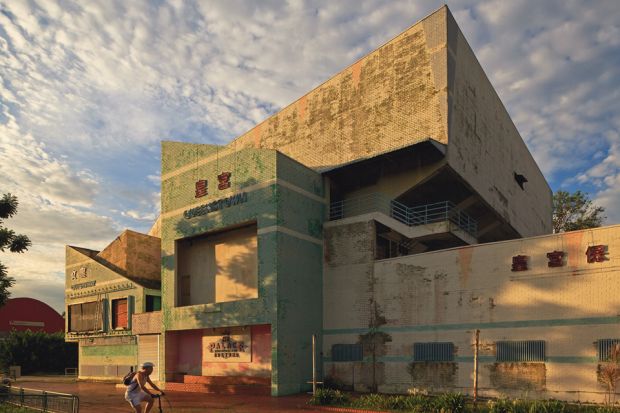 A prime commercial-zoned piece of vacant land - where the former Queenstown cinema and bowling centre once stood - has been sold for S$78 million. The price for the site, which has a balance lease term of 57 years, is understood to work out to about S$756 per square foot of potential gross floor area.

Located a stone's throw from Queenstown MRT Station, the site is at the corner of Commonwealth Avenue and Margaret Drive; it comprises two lots of land adding up to 32,305 sq ft, net of some land to be set aside for road widening.

A unit of Crescendas Group, headed by Lawrence Leow, is selling the property to a company controlled by property developer and investor Cheong Sim Lam, a member of the family that developed International Plaza in Anson Road in the 1970s.

Crescendas was previously granted written permission to redevelop the site into a seven-storey commercial building with basement car parking lots; Urban Redevelopment Authority had stipulated a maximum gross floor area of 103,112 sq ft, of which up to 40 per cent could be for retail use.

That approval has since lapsed and the new owner will have to make a fresh application for the site's redevelopment. Under the Urban Redevelopment Authority's Master Plan 2014, the site is zoned for commercial use.

The Housing & Development Board granted a 99-year lease for the site starting Jan 1, 1975. Crescendas is understood to have bought the property in 2006 and in 2013 pulled down what was by then described as the dilapidated former Queenstown cinema and bowling alley.

Built in 1977 and shut in 1999, the iconic light blue and white building was once popular with dating couples, families and students from nearby schools.

Queues would form at the 1,715-seat cinema as movie-goers lined up for tickets. In addition to the 18-lane bowling centre, there were also fast-food restaurants and karaoke lounges in the building.

The property was demolished three years ago as it was purported to be structurally unstable, according to an earlier article in The Straits Times.

Today, the Queenstown Public Library - which opened 46 years ago and was granted conservation status in 2013- still stands near the site.

But the area is also undergoing a rejuvenation - with new private condos coming up including Commonwealth Towers and Queens Peak (the latter is being launched later this week) as well as new public housing developments (SkyOasis @ Dawson and SkyResidence @ Dawson).

Based on the land price of around S$756 per square foot per plot ratio, a new commercial development on the site could breakeven at about S$1,800-1,900 psf, say market watchers. The buyer, Mr Cheong, has been in the news in recent years for his property investments in the Central Business District. He bought two adjacent office buildings at 137 and 139 Cecil Street around 2009 but sold them in 2015 and 2014 respectively.

Along Marine Parade Central, he is developing a four-storey commercial building named IMall, on the former Republic Theatre site.