When property agent Millie Tan, 40, heard that the Government was implementing tighter cooling measures for home buyers, she rushed down to the Riverfront Residences condominium show-flat in Hougang to buy a unit last Thursday.

She was one of hundreds who scrambled to buy units before the measures kicked in on Friday.

Singaporeans and permanent residents buying their second and successive properties now have to pay more in stamp duties, with the Additional Buyer's Stamp Duty rates applicable to them raised by 5 percentage points.

Home buyers will also not be able to borrow as much as before. The proportion of a property's value that a buyer can borrow, known as the loan-to-value limit, has been slashed by 5 percentage points.

Ms Tan, a second-time home buyer, had been looking to upgrade from her five-room Housing Board flat in the east to a condominium for about a year. She and her husband have been living there for about six years.

She said she had been eyeing the Riverfront property for some time. 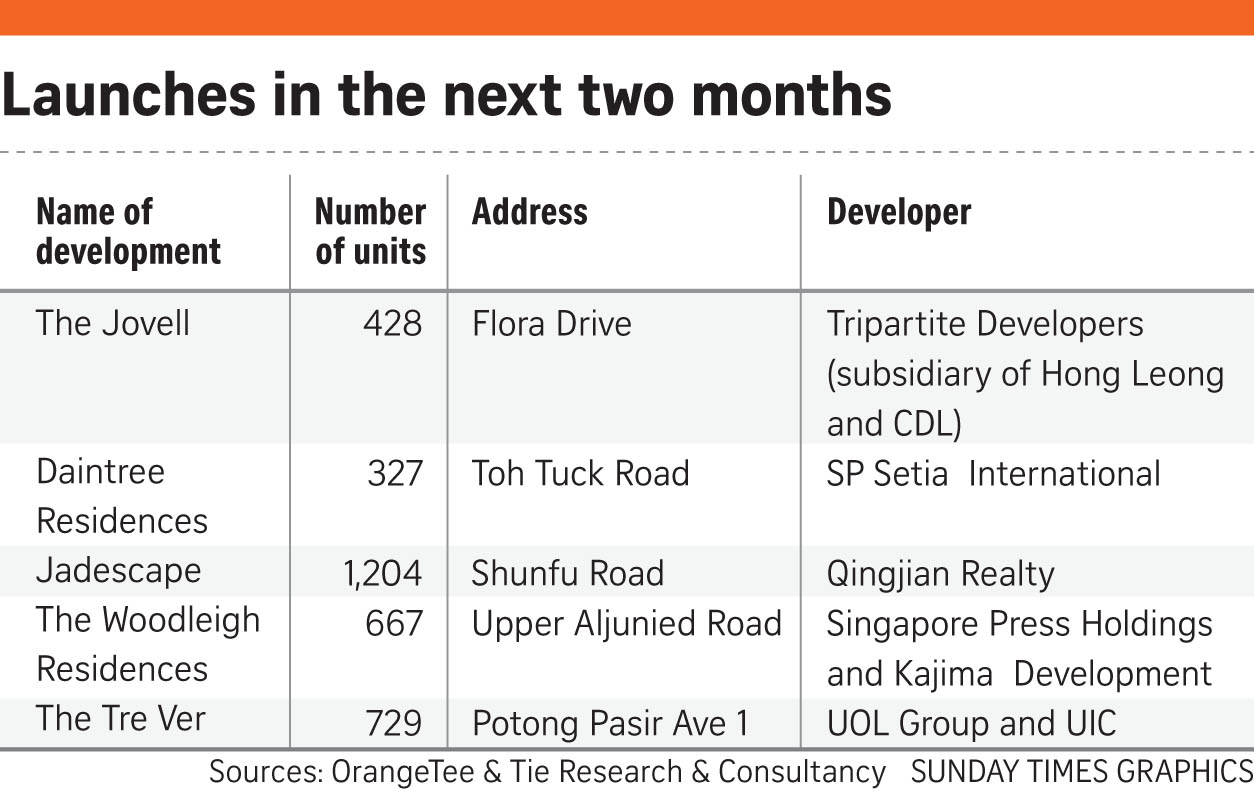 "My dream home is one that will have an unblocked window view and that property fulfils this wish. The new measures were the trigger for me to rush down and 'chope' the unit," added Ms Tan.

She was overjoyed and relieved to get the unit, especially before the new measures kicked in.

She will avoid another $75,000 in cash outlay, as she obtained the condo unit before the new loan limitations.

The new measures will definitely make it harder for people like her who want to upgrade from an HDB flat to a condominium, she said.

She said: "With the higher stamp duty and loan limits, people will have to fork out more cash. It will be difficult especially if they still have their current property and have not sold it."

Mr Joseph Ng, 34, an information technology executive who was looking at Riverfront Residences, was one of those buyers who had to redo their sums.

Mr Ng, who lives in a four-room HDB flat in Sengkang, said the new measures have made him reconsider what he can afford.

He said: "Initially, I was looking for a three-bedder. But after calculation and consideration, I am looking at a two-bedder instead."

First-time buyer Christine Chua, 29, who works in client acquisition and is looking to buy a resale condo unit, is also relooking her options.

She said the slash in the loan limit has made a "big difference for first-timers". Her budget, which originally stood at $950,000, might be reduced to $780,000 after factoring in the new loan limit.

She will be viewing the Terrasse Condominium, which straddles Ang Mo Kio, Hougang and Serangoon, again today. She has been going to view the units there since about three weekends ago.

Ms Chua said: "I am ready to bargain. For me, there's not much loss, I guess, because I will pay more cash and save on interest.

"If I can get a better price I don't mind forking out the 5 per cent, although it is tough on first-timers. Assuming that it is a $1 million property, the difference amounts to $50,000."

The new cooling measures have also hit hard those who were looking to invest in property.

Ms Angela Cheng, 56, a tour guide, was initially looking to invest in a one-bedroom home at Park Colonial in Woodleigh, which costs about $800,000. She lives in a four-room HDB flat in Toa Payoh with her 23-year-old son and the flat is the only property she owns.

But the new regulations "dropped like a bomb" on her, she said. They were announced at 7pm on Thursday and took effect hours later at the stroke of midnight.

"I wish we were at least given some time to think about it, to check if my finances were in order first," said Ms Cheng, who is now reconsidering whether to invest in the property.

"This new rule makes it very hard for Singaporeans to upgrade financially," she added.